A friend wrote a piece about how Orthodox Jewry often has problems discussing God. 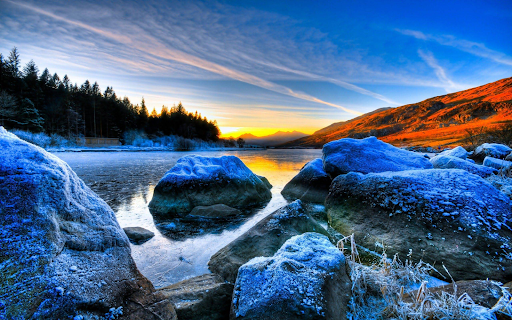 The Torah says that Hashem created us in his image, and there's been a lot of philosophical musings about the various meanings of that.

Ultimately, I think it's more accurate to say that we create God in our image. Not that God isn't real - I may doubt much of Jewish dogma, but I believe in Hashem. But part of what makes it difficult to speak about God communally in the Jewish community is that there are many Gods - or rather, many different perceptions of God. Hashem is an emotional concept. We each find our own path to him (or her) by perceiving God in a way that each of us can relate to - in our own image.

For some that's a grand king, though that concept is more difficult to relate to in a democratic age where people have the right of self-determination. For others it's a parent, sometimes loving, sometimes stern. For others Hashem is a friend, a confidante. Hashem is whatever your relationship with Him is.

For me, he's just an emotion, the connection I feel when I'm high on zmirot and spirituality - a partner in a feeling of something greater than just out humdrum lives. What Hashem really is, no one knows. So we are forced to relate in whatever way we can. But since there's less commonality in the perception of Hashem than ever, it's difficult to have a communal conversation when a common frame of reference is difficult to pin down.

And a related post, also from 2017, a few months earlier than the one above:

Avinu Malkeinu? How do we relate to God with modern sensibilities?

Much of our liturgy and classical literature focuses on obedience and worship of God with the analogy of subjects relating to a king. This is often the case even when the analogy is not explicit.

Such analogies worked for most of Jewish history, when the prevailing cultural context was subservience to human rulers who were often believed to rule by divine right. Thus, a similar worship of God came more naturally.

But since the rise of the enlightenment, democracy, individual autonomy, it's harder to relate to God using the old ideas. And the more one is steeped in western ideas, the harder it is to profess utter subservience to another being, even if we fully believe in God. I for one, find many of the words in the long prayers of Rosh Hashana and Yom Kippur hard to relate to.

What's needed are new paradigms to relate to God that really resonate with a modern mind. But what would those paradigms be? Friend, Partner? How do we reconcile that with traditional ideas about God?

About me and this blog - read these posts